About the Skyros Project

The SKYROS Program is a permanent and recurring joint collaboration. After six years of action, it has managed to stand out with an impressive multitude of awards, winning 14 awards: 1 World (1st for Climate Change Awareness Video Production - Marrakesh 2016 at the Climate Change World Summit), 2 European (Most popular Video and the best production one for zero waste), 7 Gold National (3 in Tourism - 4 in the Environment), 2 Silver and 1 Honorary. The port of Skyros has been included as a member of the 86 award-winning European marines in the Trans Europe Marina program.

International acknowledgment at a global level confirms strong citizen support around the globe, which seals the power of the Skyros social network, whose Facebook page alone has surpassed 7500 followers (https://www.facebook.com/SkyrosProject/).

The continued involvement of the SKYROS program in the fair competition of international competition and visibility is of utmost importance into encouraging all those involved in securing a quality daily life and maintaining a respectful environment.

“Skyros Project is a way of living for those who are concerned about the quality of the environment and claim a daily routine which respects life. Every new member becomes a stockpile for improving the living conditions of “today”. I hope that our team will introduce an environment with no borders. We invite you to join us through Skyros Project" 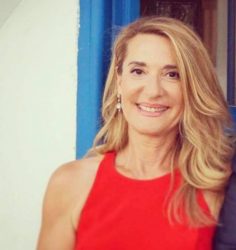 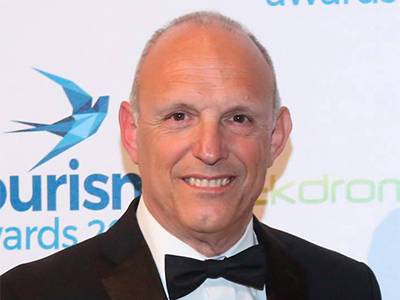 "The Skyros Port Fund, the University of West Attica and the University of the Aegean, three model Public Agencies, joined their forces and embraced the new generation with a common goal “inspiring the young scientists through the right example”. Skyros Project is not just the name of a program. It is an innovation in education, based on the practice of Excellence, being implemented in the most award-winning and comprehensive small Public Port of Greece. In a port that operates successfully, strives for upgrade, sets high goals, envisions and exemplifies. This port is the Linaria Port of Skyros! The Skyros Project illustrates how Public Administration, Infrastructure, Local Community and Young Scientists are becoming a tight feast, embracing the preservation of the environment, communicating its politically correct way of management and educating those involved in order to adapt Excellence as a way of social and individual progress. Skyros Project has the tights of a family presenting hope for betterness, it is a part of the country we want to have!”

Any cookies that may not be particularly necessary for the website to function and is used specifically to collect user personal data via analytics, ads, other embedded contents are termed as non-necessary cookies. It is mandatory to procure user consent prior to running these cookies on your website.